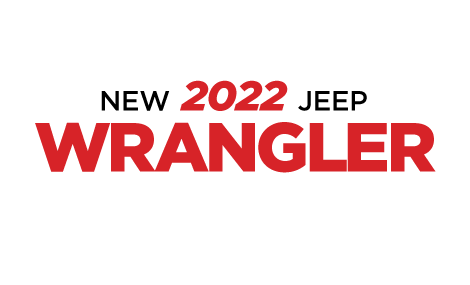 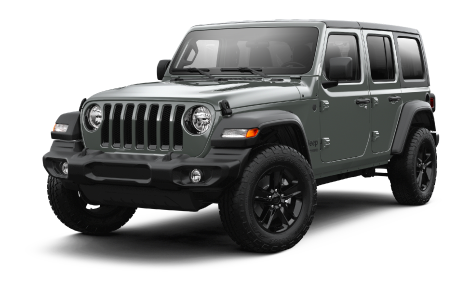 From its boxy body to its unmistakable performance, the Jeep Wrangler makes a bold impression on the road and out in the wild. Tough terrain and challenging trails are a thrill to traverse in the athletic Wrangler, and this adventure-ready SUV has built a reputation on conquering uneven ground. The modern models also handle with ease on streets and highways, and Jeep offers various features and gear to help you make the Wrangler your own inside and out.

If you would like to see the Jeep Wrangler for yourself, come check it out here at our dealership in Lithia Springs. You’re welcome to visit us at Calavan CDJR West to get behind the wheel of this rugged off-roading champion. We know you’ll enjoy the Wrangler when you start the engine for a test drive.

Several new trims are also available for 2021, including the returning Islander model with a tropical flair, as well as a Wrangler 80th Anniversary Edition, which commemorates the debut of the Wrangler’s predecessor with unique features and looks.

For 2021, Jeep now offers an efficient plug-in hybrid variation to join the Wrangler’s lineup. With this new take on the Unlimited four-door body style, you can enjoy a hearty 375-horsepower output thanks to its electric motor and 4-cylinder engine combo. The plug-in hybrid also offers the same ground clearance as its gas-only counterparts, as Jeep has stowed the battery pack underneath the rear seats to save space.

Jeep offers several other powertrain options for 2021, including the 285-horsepower V6, which comes standard. A brawny diesel is also available, and all engines deliver impressive muscle whenever you need to hit the road or ride out on the trails. The Wrangler sets the standards for off-roading performance, and it can be equipped with gear like skid plates, locking differentials, and a two-speed transfer case to enhance its trail-traversing abilities. You can also go for the Wrangler Rubicon trim for added tools like Rock-Track four-wheel drive. When the Jeep is fully equipped for trailering, it can tow up to 3,500 pounds.

The Wrangler’s durable cab is furnished with resilient materials to endure the trials of an adventure vehicle. You can brave the wild with confidence, as the cab is easy to clean if you ever happen to track in the elements while you head off the beaten path. You can also let down the top and take off the side doors for a truly unique off-roading experience and uncompromised view of your surroundings. The Wrangler can seat four to five people depending on your choice of the two-door body style or expanded four-door Unlimited.

You have multiple touchscreen size options for the 2021 Wrangler, and you can also stock the vehicle with popular tech tools like smartphone integration, navigation, and a Wi-Fi hotspot. Jeep offers modern safety systems for the Wrangler as well, including blind-spot monitoring and automatic emergency braking. The Wrangler comes standard with a rearview camera.

History of the Jeep Wrangler

The Wrangler nameplate accompanied its first Jeep model in the 1980s, but the acclaimed off-roader’s history stretches much farther back than that initial badging. During World War II, U.S. personnel traveled across harsh landscapes in the original Willys MB models, which established the tall-vented grille, circular headlights, and rugged performance as mainstay qualities for models to come. After the war, a civilian version of the Willys MB earned a hearty reception from American drivers, and this model eventually gave rise to the Jeep CJ.

The CJ badging graced the versatile vehicles that followed the Willys MB until 1986 when the Wrangler arrived as the new frontrunner of Jeep’s lineup. A taller body followed in 1997 with the premiere of the Wrangler JT, and the Rubicon trim arrived six years later to thrill drivers with its astounding off-roading ability. As Jeep continues to pioneer what the Wrangler can do, they’ve complemented its durability and power with onboard amenities and modern technology.

Come test drive the Wrangler whenever you’re ready to see what Jeep can do for you. While you’re here at Calavan CDJR West, you can also explore our entire new vehicle inventory to imagine all the possibilities. Don’t forget to ask about our monthly deals to see how affordable the vehicle you want can be!

*Bluetooth® wordmarks and logos are registered trademarks owned by Bluetooth SIG, Inc. and any use of such marks by Jeep is under license. A compatible Bluetooth®-enabled phone must first be paired. Phone performance depends on software, coverage, and carrier.

Get FinancingContact Us
Search
Find Your Vehicle